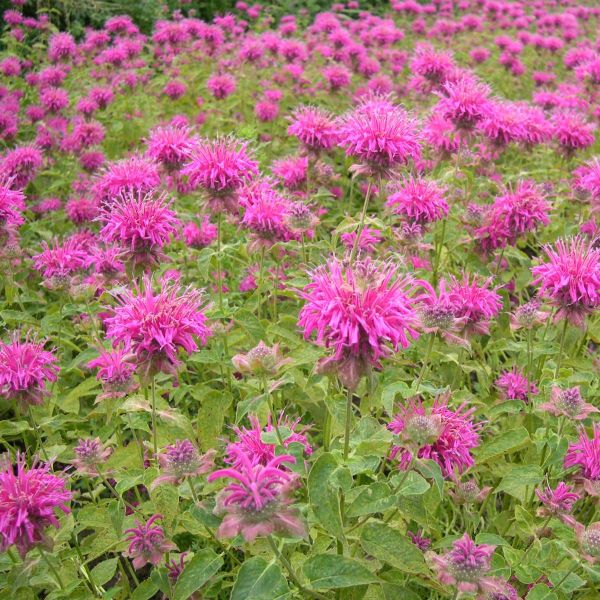 Red bergamot, indigenous in North America, is transcontinental in United-States, Texas being the southern limit. In Canada, its distribution westwards doesn’t reach past Saskatchewan. In western Quebec, it is found in well drained soils and opened spaces. Red bergamot became very popular as a substitute for tea after the Boston Tea Party. Native Americans use it to treat fever, cough, as well as gastric and cardiac problems. They also use it as a diuretic, menstrual regulator, and stimulant for appetite. Leaves are applied on cuts and rashes and used to prepare inhalations in cases of respiratory problems.

Monardas are globally purifying and cleaning for the ethereal body. Monarda fistulosa presents a pleasant smell; joyful and lemon-scented. It tones up, activates and favorizes self-expression.

Red Bergamot oil is contraindicated for external use because it is irritating for the skin.