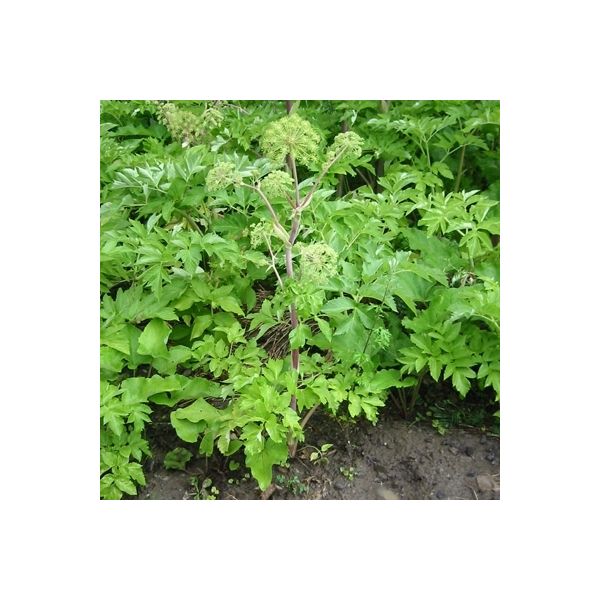 Be the first to review this product
View Technical Sheet Print technical sheet
Availability: In stock
Only %1 left
As low as CA$35.95

Angelica originates from Europe and Asia. Its generic name refers to its aromatic and medicinal properties. According to others, Angelica was named after the Archangel Michael since its flowering season was around the Saint’s day. Angelica is found wild about everywhere in Quebec, but in low concentrations. It likes moist soils and grows well along rivers, in shady position. It is a large perennial herbaceous plant with white flowers forming terminal umbels. Roots are long and spindle-shaped, thick and fleshy. This plant is traditionally used for its flavor. It enters in the preparation of Benedictine and Chartreuse, two alcoholic beverages. It is also used to make candy; the stems are cooked in sweet syrup.

Angelica oils have the property to open our consciousness to the kingdom of angels while grounding us firmly in Mother Earth.

Some food products and beverages, notably liquors, are flavored with angelica.

It enters in the composition of soaps, lotions, and perfumes.

This essential oil is photosensitizing because of furocoumarines. It is contraindicated in external use.