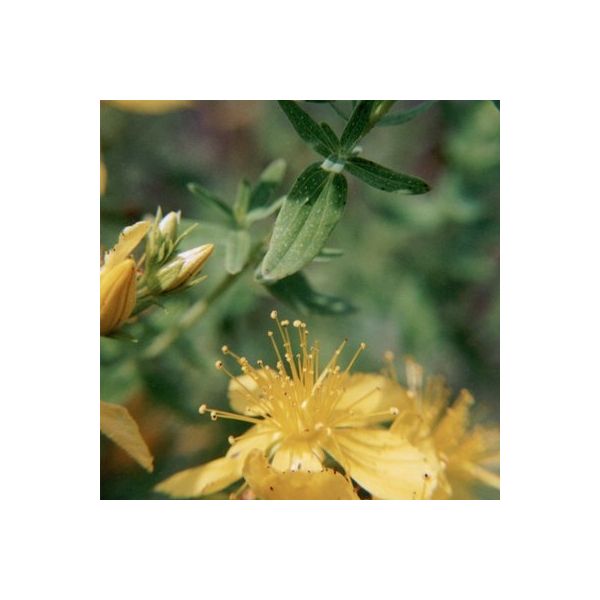 Be the first to review this product
View Technical Sheet Print technical sheet
Availability: Out of stock
Only %1 left

St. John’s-wort was introduced in Canada. It is now a widely spread plant, except for the Prairies. St. John’s-wort is a medium-sized herbaceous plant with numerous five petals flowers of a bright yellow. Petals are dented and dotted with numerous resiniferous black glands. The flowers used to enter in the preparation of mead, liquors, and a longevity elixir.

Native Americans use it as a tranquilizer as well as to treat cuts, skin problems, rheumatisms, respiratory problems, diarrhea, and fever. Flower tops were also used to make dies for wool and silk. St. John’s-wort is widely known, notably for its antidepressant properties. It is used as an essential oil, maceration oil, and tincture.

St John’s wort is a solar plexus toner. It builds up and reaffirms the will. This oil helps regaining one’s freedom over life situations.