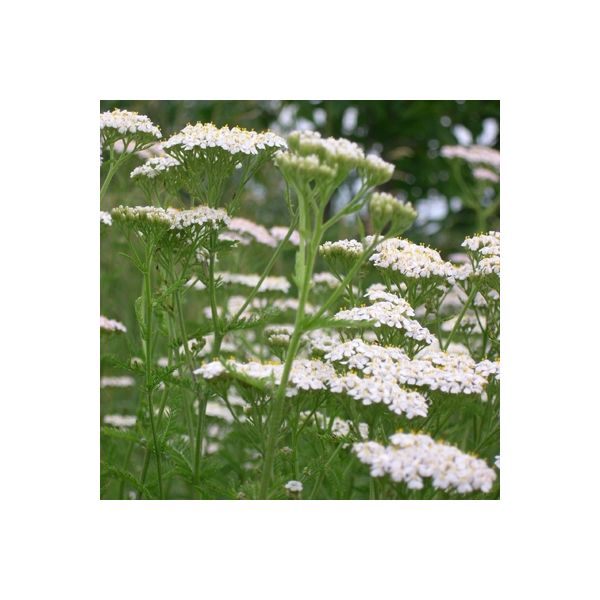 Yarrow is a perennial plant largely distributed in Quebec’s dry lands such as fields, shores and seaside rocks. It was named after the famous character, Achilles, who used it to heal the wounds of his soldiers during the Trojan War. As you can see, yarrow has thousands of years of experience in terms of healing the wounds of humans. It is so ancient in medicinal use that traces of yarrow were found in Neanderthal burials. Yarrow stands among the most polyvalent plants on Earth, and its highly complex chemical composition is an indicator of its numerous functions.

Used all over the world, it is also one of the most important medicinal plants of Amerindians, who use it as a cold remedy, febrifuge, analgesic, dermatological and respiratory aid, diuretic, gastrointestinal aid, and a relief for different hormonal disorders for women.

It is used as an aromatic in various alcoholic beverages.

Yarrow is used as an aromatic component, but so powerful that it is rarely used alone.

Yarrow should be AVOIDED in pregnant women and babies because of its neurotoxic and abortive properties (it contains thujone and camphor).