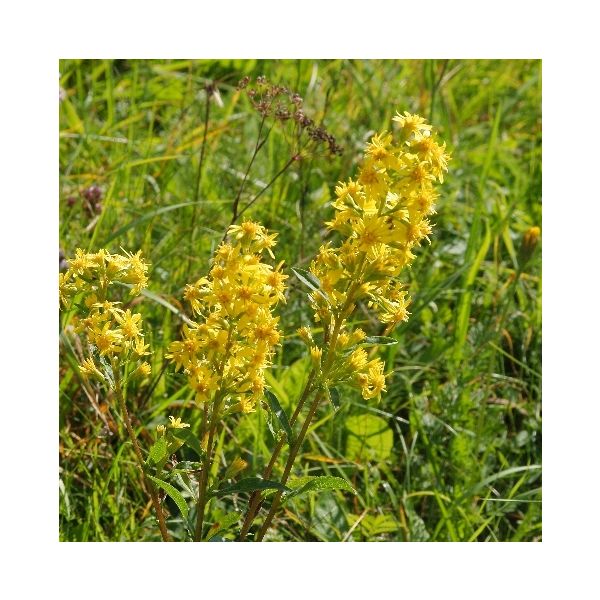 There are numerous species of this plant, over a hundred. These grow in a wide variety of environments, and that characterizes the landscape of St. Lawrence Valley and North America in general. Golden rod easily spreads owing to its prolific downy fruits (between 15 000 and 20 000 by plant). Once planted, golden rod finds its way with its rhizomes. Golden rods are also numerous and abundant in Europe. They are sometimes even considered as a weed plant, just like in North America. Numerous measures are taken in order to eradicate it. Golden rod species are abundantly used by Native people. Therapeutic uses are numerous. To name only a few, the plant is used as a liver stimulant, antipyretic and antidiarrheal. The Meskwaki people would also use it in children having difficulty starting to speak or laugh.

Golden rod essential oils stimulate the opening of the Crown chakra. A relation can be made with the color and shape of the plant, recalling a golden arrow pointing the sky. For an emotional healing, it is suggested to use a synergy of ginger, black spruce and balsam poplar on the first, second and third chakras in combination with golden rod essential oil on the forehead, sixth chakra.