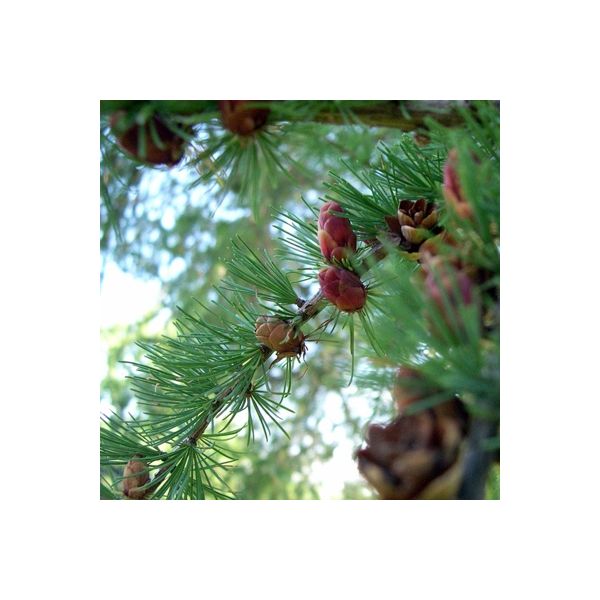 Larch is widely spread, since it likes almost any kind of environment. It is found in very distant places with significant genetic variations. Only coniferous tree loosing its needles when fall comes, larch can easily grow in humid and poorly drained soils. What it does not like is shade, and that’s probably why he is often found in peat lands, where a significant portion of the calcicole competition is avoided and where the soil is humid and poorly drained. In bogs, larch is often the first tree to colonize sphagnum islet but, over the longer term, it leaves the space for others as peat firms up. During the last Ice Age, this tree was also one of the first to turn the land green after the withdrawal of the glacier.

In Native herbalism, Larch is used against flues and colds, as a laxative, analgesic, antipyretic expectorant and renal stimulant as well as to treat anemia and burns and to disinfect wounds. The First Nations also used its soft needles to stuff the pillows and mattresses.

Larch influences the right hemisphere of the brain and therefore stimulates creativity. Just like hemlock, it protects and maintains energetic balance.