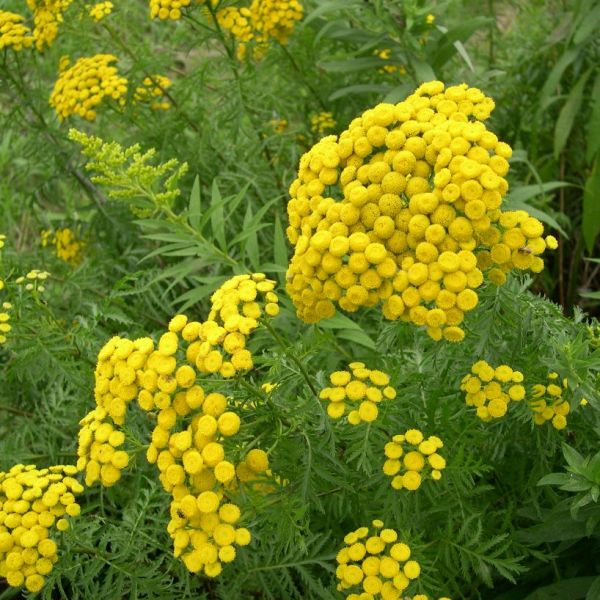 Be the first to review this product
Tansy, Common (Tanacetum vulgare) Essential Oil

Common tansy is a vigorous plant native to Eurasia now widely distributed in North America and often considered as a weed. Yet, it is strongly scented and offers a wide range of uses. As an example, in Europe, the leaf is commonly used as an aromatic for eggs and omelettes. Tansy also plays a role in the European medicinal heritage, traditionally used to get rid of worms, colds and flu, dyspepsia and cramp pains. The hydrosol is used to keep the complexion pale and the bruised leaves employed as a cure for scabies, bruises, sprains and rheumatisms. The Amerindians notably use it as an analgesic, contraceptive, tonic, antiparasitic and anti-abortive (wearing the leaves around the waist or in the shoes). Interestingly, a tansy liquid can be sprayed on your garden plants to prevent or treat rust and powdery mildew or get rid of parasites like the white fly and aphids.

Common tansy is an energetic protection oil as can indicate its therapeutic properties.

Tansy can be used as a condiment in cooking and was used to prepare alcoholic beverages.

Tansy is sometimes comprised in herbaceous perfumes. Besides, it can be used as a fixing agent.

Common Tansy has a repulsive effect on some insects like ticks. https://www.ncbi.nlm.nih.gov/pubmed/18283947