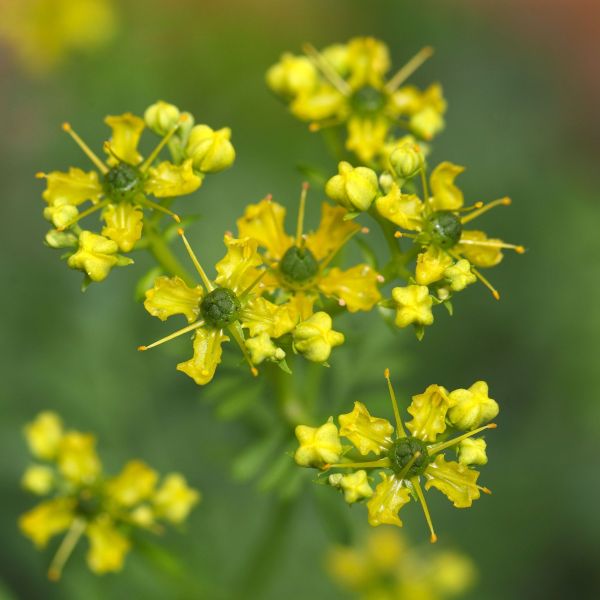 Be the first to review this product
View Technical Sheet Print technical sheet
Availability: In stock
Only %1 left
As low as CA$21.49

The rue is primarily coming from southern Europe. There are many hundred varieties. It can be found in poor and well-drained soils all over the Mediterranean area. Nowadays, the plant also grows in North and South America, in Australia and in the rest of Europe.

The rue has a rich history in legends. According to one of these, herb-of-grace, as it was then called, provides protection against the devil, witchcraft and the evil eye. The plant was also used as an antidote against toads and snakes venom. In the Middle Ages, it was used to make bouquets supposed to protect from the plague.

Finally, the rue is well-known to have an effect on the third eye. Leonardo da Vinci and Michelangelo would have declared that the rue had improved their inner sight. This is truly an amazing plant.

In Native American traditional herbal medicine, Ruta graveolens was used in a decoction by the Cherokee as an anthelmintic, against the worms, and as a cataplasm on gangrenous limbs. It was also used in alcohol as a sedative and as a tonic on the gastro-intestinal system for stomachaches.